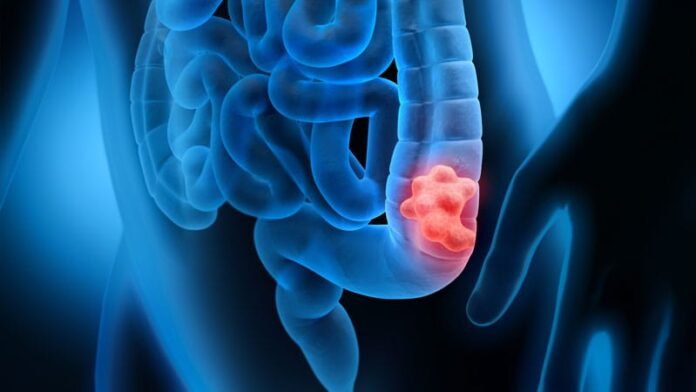 Neoadjuvant therapy for patients with metastatic colon cancer with single-organ liver or lung lesions was associated with improved overall survival in comparison with adjuvant therapy, according to new results from a retrospective study.

The median overall survival for patients who received neoadjuvant therapy was 47.24 months, compared to 38.08 months for those treated with adjuvant therapy.

However, this survival advantage was only observed among patients who received neoadjuvant therapy in nonacademic settings. In this group, the magnitude of benefit was very significant, the authors note (hazard ratio [HR], 0.661; P = .0001).

The reason for this may be selection bias, explained lead author Zhonglin Hao, MD, PhD, professor of medicine at the Markey Cancer Center, University of Kentucky, Lexington. In this study, twice the number of patients who were treated at academic centers received neoadjuvant therapy (28.57% vs 14.61%).

“In the academic centers, all patients who needed neoadjuvant chemotherapy received it, and therefore they had the best outcomes for almost all patients,” Hao told Medscape Medical News. “The end result is that you will not have [in the academic setting] a group of patients who would have poor outcomes because neoadjuvant chemotherapy was not delivered,” in contrast to what is seen in the nonacademic setting.

“In the community, due to lack of tumor boards and other factors, the selection of patients who need neoadjuvant chemo is not optimal,” he said.

The study was published in The Oncologist.

Approached for comment on the article, Smitha Krishnamurthi, MD, a medical oncologist specializing in colorectal cancer at the Cleveland Clinic, Ohio, noted that the improved survival with neoadjuvant chemotherapy that occurred only in a nonacademic setting suggests that reduction in tumor size after chemotherapy may have led to more complete surgical resection in the nonacademic setting.

“Many high-volume surgical centers are academic medical centers, and generally, surgical outcomes are better when the surgical volume is high,” she said. “It may be that the quality of surgery was not as good in the nonacademic centers, and having chemotherapy before surgery led to better surgery, such as more complete resections and negative margins.

“This is speculation, though, because we don’t know key details, such as whether the metastases were resectable at diagnosis, whether the surgery performed was an R0 resection, and if all disease was completely resected,” she added.

Because this was a retrospective study, there were limitations, such as not knowing the chemo protocols given and not having information about the patients, but Krishnamurthi doesn’t think that that would have changed the outcomes. “Most likely, the chemotherapy was FOLFOX, FOLFIRI or 5-FU, which are all active against colorectal cancer,” she said. “We have to be cautious when interpreting results from a retrospective study like this, however. This type of study cannot prove that neoadjuvant chemotherapy improves survival, only that there is an association between neoadjuvant chemotherapy and improved survival.

“It is a hypothesis-generating study, which will need prospective study for confirmation,” she added.

The authors note that current guidelines from the National Comprehensive Cancer Network encourage systemic treatment for most patients with metastatic colon cancer for whom liver or lung resection is planned, in order to increase the odds of eradicating microscopic disease.

However, the survival advantage of chemotherapy before vs after metastasectomy of liver or lung lesions has remained unclear for patients with colon cancer.

So this is what the team set out to investigate. Using the National Cancer Database, they identified 3038 adults who were diagnosed with primary colon cancer and who had single-organ metastatic disease either in the liver or lung from 2010 to 2015.

The authors observed that patients in the adjuvant group had more left-sided tumors (50.7% vs 42.4%) and more poorly differentiated cancer (16.4% vs 8.4%). However, among patients in the neoadjuvant group, there was a higher likelihood of having a preoperative carcinoembryonic antigen level of >30 ng/mL (32.9% vs 22.4%).

On multivariate analysis, patients who had received neoadjuvant therapy demonstrated an overall survival advantage in the nonacademic setting, but this advantage was not observed for those treated at academic centers.

The study was supported in part by the NCI Cancer Center. Hao has received research funding from Pfizer and has a consulting/advisory relationship with Bayer Inc and BeiGene.

Roxanne Nelson is a registered nurse and an award-winning medical writer who has written for many major news outlets and is a regular contributor to Medscape.

For restaurants still struggling, preserving outdoor dining is key to their survival