She has nothing to lose. She lives for her gang, catches grenades for them and takes down the man who wronged them. And she just joined Nairobi!

Money Heist 5’s first part isn’t turning out to be the season audience expected, but it is so high on adrenaline that we are not complaining. Fan theories are getting slashed, new characters are ruling the roost and our favourites are being sacrificed.

‘War’ was the most heard word ever since the buzz around La Casa De Papel aka Money Heist’s fifth and final season started months back. We are dropped right into it and stakes just keep getting higher with every passing minute into the newly released set of episodes. The guns and grenades from a battlefield have found their way into the bank. It is noisy and fiery, and why not? The gang will not leave any stone, wall, roof, even iron gates unmoved to take on the army.

“It’s no more a robbery. It is war.” The Professor said this when he foresaw what lay ahead in the previous season, and we know why. He was at the mercy of Alicia Sierra. And so was his team in red inside the Bank of Spain. Did we expect the death of the master planner? Did we think the robbers will succumb to the bullets? Hell yes. Hell no!

Let’s be clear. The first two episodes are a bit misleading. It sets up the plot and the mood, but quickly vrooms through another turn. Alicia tortures The Professor. But don’t forget she’s heavily pregnant and Professor can manage everything, everything under the sun. Have I said enough? Maybe. Because Alicia is declared a national traitor by Colonel Tamayo at a press conference and she cannot take the stress. What follows between these two strong-headed people can creep you out and I hope there are repercussions of what transpired. Mind you, Alicia and Professor aren’t still friends.

Stockholm finally gets to fire some bullets but they hit Arturo, the father of her son. Poor lady was quickly made victim of hallucinations and anxiety attacks. Yes, Arturo is finally out of the bank, but is he dead? Also, now can we get a better plot for Stockholm please? She’s a gang member after all.

The season stands out for its brilliant backstories we never knew we needed. We see Julia aka Manila’s journey as a transgender, struggle for acceptance and her past connection with Denver. She’s already sassy. And so is Tatiana. She’s seen at work with Berlin in flashbacks, and boy, she’s good. And so is Rafael, the new face – Berlin’s geeky son, who’s now a robber too. He’s been trained well by his father. I’m betting on Rafael having a crucial role when he joins The Professor’s world.

We also get to know why Tokyo picked up that name. Tokyo this season isn’t how we’ve seen her so far – a hot-headed, vulnerable, volatile, impulsive gang member. We are introduced to her emotional world, her dead lover Rene, her dreams and desires. From losing one lover to finding another one (Rio) is the mushiest sub-plot in the story put together. But it’s cute, just like her Rio. They dance and do star-gazing during their first interaction. You won’t realise why writers scripted that until very late. Be prepared with your tissue box. 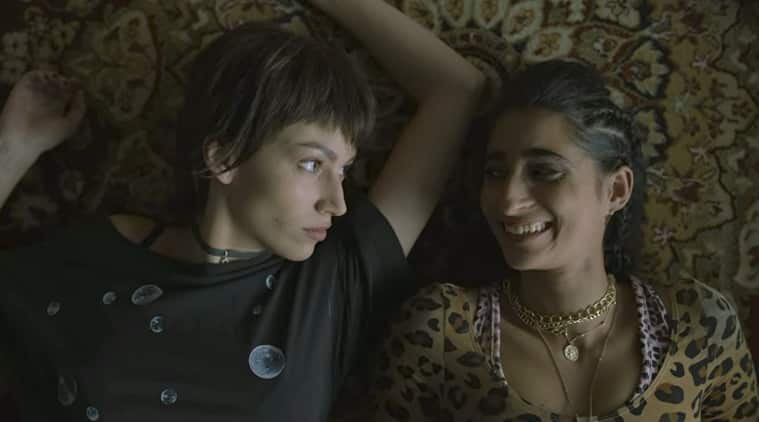 What’s good and bad about the current season is not really the point any longer. The entire game is about survival and quick thinking. The robbers have become better. They no more miss their targets, now even the army knows that. If you thought it’s gonna be easy on the soldiers, you’re wrong. The gang is coming down heavily on them. Every character has their moment and we can cheer from the edge of our seats. Every gunshot hitting the mark is a sigh of relief. After all this show glorifies these anti-heroes and it’s taken that we love these ‘criminals’ and always wanted them to win.

Nairobi is still not forgotten. And neither is Moscow. Their heartwarming flashbacks bring a smile when inter-cut with the battle scenes. Did I say the camera work and editing is at its best too? Yes it is.

Three months to the release of its last set of episodes, is a long time. Go, hum “Bella Ciao” in the meantime. But also keep the bazookas loaded. The gold is still being melted and turned into grains in the Bank of Spain.

Money Heist Season 5 Part One is streaming on Netflix.