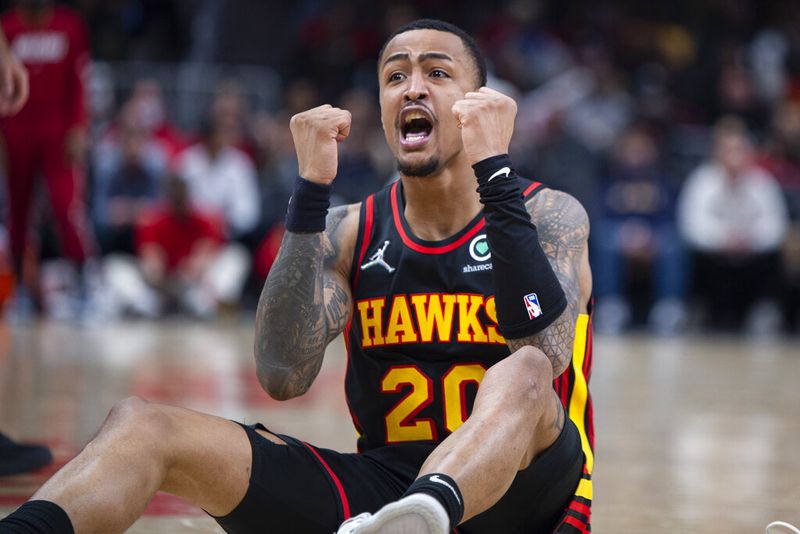 2. Going 6-16 from Nov. 27 to Jan. 15, the Hawks have now strung together three wins, and three solid ones, at that, knocking off the defending champions in Milwaukee, a trending-upward Minnesota team and now one of the top teams in the East in Miami. Entering Friday, the Hawks had already suffered two tough defeats to the Heat recently, a blowout 115-91 loss Jan. 12 and a narrower 117-108 loss Jan. 14 which they largely gave away late in the fourth quarter. This is likely one of the best wins of the season, with Miami entering Friday as the No. 2 team in the Eastern Conference standings and a squad the Hawks have struggled against. The Heat did play without guard Tyler Herro, who is in the NBA COVID-19 protocols.

“It shows we’re just taking it as a challenge,” Young (28 points, seven assists, eight turnovers) said of the Hawks’ three-game win streak. “We didn’t start well, but like I always say, you have another day and another opportunity to really make it up and be better and I think that’s what we’re doing. We’re just feeling good and got some wins. We’ve just got to not be satisfied and keep it going.”

3. After missing six games with a left ankle sprain, center Clint Capela returned for the Hawks, though he was on a minute restriction. Capela came off the bench and added six points (3-for-3 field goals), six rebounds and two assists in 25 minutes, finishing as a plus-15. Second-year backup center Onyeka Okongwu (six points, four rebounds, one block, three turnovers) got the start and has played exceptionally well starting in Capela’s absence, but the Hawks getting Capela’s rebounding and rim protection back is big.

4. Delon Wright was a solid contributor off the bench for the Hawks, adding nine points, five assists, three rebounds, one steal and zero turnovers. His game isn’t flashy, but Wright has been a steady presence on the second unit for the Hawks this season.

“I think that we’re starting to play more together,” Wright said of the Hawks’ recent success. “We’re getting more connected on the defensive end, getting a lot more stops in a row. I think we have to do that in order to win, so we’ve got to keep that up.”

Stat of the game: 42.4% (what the Hawks shot from 3-point range, with Kevin Huerter leading the way at 5-for-9 from beyond the arc, with 21 points)

Star of the game: Young (led the Hawks in scoring with 28 points)

Quotable: “Thank goodness that that ball rolled out for us. … You need a little luck, you need breaks, and we got one there.” (McMillan on the open layup Butler missed with 22.8 seconds to play, which would have given the Heat a one-point lead)