Taking shelter behind a tree, lost in the vast wilderness, looking at a magazine full of unknown ammunition. Voices echo all around, not knowing who’s a potential friend or foe. Every moment that passes, the shouts get closer and closer. Desperately trying to find an extract to escape, then in a flash, it’s over. Only a hail of gunfire before everything goes black. This is Escape from Tarkov, considered one of the most brutal first-person shooters on the market today.

Gameplay in Tarkov is broken up into instances called Raids, where players transverse one of seven playable maps. In a raid, players will loot the area while engaged in combat with other players and computer-controlled enemies, with the goal being to find the extraction point to survive. Surviving long enough to make it back to the hideout requires more than a keen eye and quick reflexes. In order to survive in Escape from Tarkov, the most powerful asset is knowledge.

RELATED: GTFO: How Battlefield Continues To Push The Limits Of Online Warfare

Damage is the amount of damage the bullet will inflict on a target’s body. Using high Penetration Power ammo means a better chance to penetrate your enemy’s armor, dealing damage to them. You’ll want to aim for any area without armor using high Damage rated ammo, as it will not penetrate most armor.

From Armor Class rating to materials, understanding how armor works in Tarkov can be confusing. There are three main things to be concerned with when dealing with armor. Armor Class, which ranges from 1 to 6, determining the quality of ammunition it can resist. Durability is the amount of damage an armor can absorb before being rendered useless, offering no protection.

An armor Repair Rate is more difficult to determine as there is no in-game way to determine this number without trial and error. The Repair Rate is determined by the material the armor is made out of. A higher Repair Rate means more Durability returned with each repair. The two best materials an armor can be made of are Polyethylene and Armored Steel. In every case, the higher the number, the better the armor.

RELATED: The Last of Us Part II Dataminer Discovers What Could Be a Battle Royale Map

From broken limbs to heavy bleeds, there are many different ailments a player’s PMC can have. Knowing how each med item works and what they treat is important. Each medical item comes with a complete description, including what it heals, the healing time and how many uses are taken off the Durability of the medical item. A combination of meds can be brought in to heal a player’s PMC, but the most effective combination is the Grizzly First Aid Kit and Surv12 Field Surgical Kit. This combination of medications will ensure that damage can be healed in a raid. They are both slower than any other medical items, but they heal the most damage, have more uses than other meds and can cure any de-buff ailment.

Having map knowledge is knowing all those maps, points of interest, Scav spawn locations and the map’s extracts. Any of the seven maps can be selected for offline mode, allowing players to learn the maps without other players present. A Labs keycard is needed to enter the Labs map, but the keycard is returned at the end of the offline raid. The in-game maps purchased from the Therapist are topographical, which most new players probably aren’t used to seeing. It is recommended instead to use a second monitor. Going back to the official wiki once more, pull up the needed map as a reference. Now in offline mode, explore the maps so you can learn each extraction point and each building. An option to turn on Scav spawns for an offline raid will help in learning their spawn locations.

RELATED: PUBG May Go Free-to-Play, According to New Leak

There are several different types of enemies present in Escape from Tarkov. Scavs are the easiest enemies. Usually solo, they have little to no armor and basic weaponry. They can be identified by their ragged clothing and will only use Russian voice lines. Raiders are more of a challenge, usually traveling in packs of 4. With better weapons, ammo and abilities, Raiders are a far greater challenge. These enemies can be identified by their better gear and English voice lines. Bodyguards are elite-level enemies only seen with Scav Bosses. Bodyguards are equipped with some of the best weapons and armor. They will not stray far from their boss and are easy to identify by their high-level gear.

Currently, there are only 3 bosses that have bodyguards: Gluhar, Sanitar and Reshala. The bosses are considered the most difficult enemies in the game. Each has a unique AI that allows them to react differently to each situation. Each boss also has a distinctive look, so they are easy to spot. In offline mode, Scavs and bosses can be set to spawn in. This can be used to practice identifying and combating them without other players.

There’s a lot of information to retain about Escape from Tarkov, and it can definitely be overwhelming. Being able to survive raids is the first step to mastering this incredibly complicated game. Surviving raids means more materials and money, making it easier to survive and thrive in this dangerous world, meaning that with a little practice, you might just have a chance to survive the round. 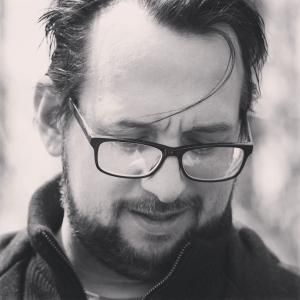 Jason Attard is a Features Writer for CBR. When not writing he can usually be found obsessing over video games or watching anime. If not that then he’s streaming on Twitch at Ruin Hatter Twitch